To many, The Weber Brothers are the baddest band in the land. To many others, their story sits like an ancient volume in an old bookstore, dust covered, tucked away behind hundreds of newer, shinier books. Untouched. Waiting to be discovered. Regardless of what side you’re on, there’s an undeniable truth. In the rough and tumble world of rock and roll, The Weber Brothers have been around the block.

Ryan and Sam Weber left their Baltimore, MD home one night as teenagers, with the aim of meeting their idol, rockabilly legend Ronnie Hawkins, and ten hours later showed up at his doorstep. “The Hawk”, the elder statesman of rock whose former protégés (Robbie Robertson, Rick Danko, Levon Helm, Richard Manuel, Garth Hudson) went on to reshape music history as “The Band”, was duly impressed by the pair’s immense raw talent, and promptly invited them to audition for his storied backing band, The Hawks. Mere months later, after surviving the intense musical apprenticeship of his fabled “Rock ‘n’ Roll Boot-camp,” they were in: full-blooded Hawks. By the ages of 18 and 21 they had already performed alongside Kris Kristofferson, Levon Helm, Garth Hudson, Jeff Healey and the Tragically Hip to name a few.

Over the past 18 years they’ve recorded 15 independent albums and toured extensively throughout the U.S., Canada and Europe.

In October 2012 the brothers were invited to the Rock and Roll Hall of Fame American Music Masters Tribute to Chuck Berry in Cleveland where they shared the stage with Merle Haggard, Lemmy Kilmister, Darryl “DMC” McDaniels, Rick Derringer, Joe Bonamassa, Earl Slick, Steve Jordan and the father of Rock and Roll himself, Chuck Berry.

2016 saw the release of “Before We Arrive: The Story of The Weber Brothers”, a feature length documentary chronicling the pair’s musical journey, which the Toronto Independent Film Festival dubbed “Best Documentary” for 2016.

Also highly regarded for their proficiency as studio musicians, the brothers have recorded on hundreds of outside projects, including work with Gordon Lightfoot, Kris Kristofferson, Ronnie Hawkins and Willie Nelson.

Between their renowned musical ability, high-energy, awe-inspiring performances and lessons learned first hand from rock n’ roll pioneers, a reputation as the “Baddest Band in the Land”, “heroes of this generation” and “the future in the big shoes of the past” now precedes them. Whether it be their unrivaled power as a full rock band, or their undeniable chemistry highlighted in a head-to-head duo performance, The Weber Brothers always deliver.

“If it’s looked at as a passing of the torch or a keeping of the flame, then we’re the guys to do it,” says Ryan Weber.

“The Weber Brothers are the ultimate roots band, playing, writing and doing it all.” – Bob Mersereau, Top 100 Canadian Blog

“If I had The Weber Brothers with me in 1952…Elvis would’ve been my roadie.” – Ronnie Hawkins 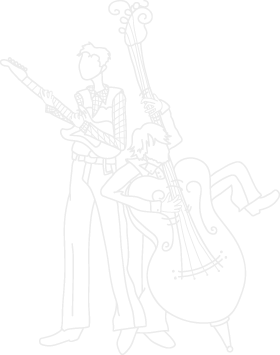